Before the PS4 Day one Update everyone was frantically trying to figure out whether their expensive gaming headset would work with the PS4. Luckily, we do not need to worry about that anymore. Sony released a 308 MB day one update for users who are using existing hard drives and a 859MB update for those who are interested in buying and installing a larger hard drive.
Digging through Sony’s Ultimate FAQ there are several mentions of what the PS4 offers for headsets. Before the PS4 Launch and update 1.50. Sony said that the Pulse Wireless Stereo Headset and Pulse Wireless Stereo Headset headsets were not supported as well as most USB headsets. However, now that update 1.50 has been released a few comments in the Ultimate FAQ.

This is great news for us since most of the high end gaming headsets are USB.

Quality of the sound makes a huge difference in the way a player experiences a game. Playing a game that has positional audio almost requires a headset that will help identify where you are and others are around you. Being able to listen to others commands clearly can make the difference especially with FPS games like Professional gamers pay $300 and up to gain an advantage over their enemies. Gaming headsets have been getting better every year.

Without deciding which headset is best for your right now, lets take a look at whether Wireless or Wired is better.

Additional Things to consider when looking for the best gaming headset

Normally a $300 headset, for $200 the Plantronics gaming headset is top of the line in every area. You have the choice to switch between 7.1 Stereo and 7.1 Surround Sound audio with this headset. 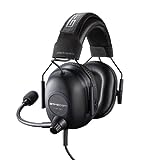 Another best selling headset out there that was made for the Xbox 360.  The X12 is listed on the PS4 compatibility list as it connects through USB to the console.  What makes this headset so appealing is the price.  For gamers who are not looking to spend a lot of money on headsets but want something a headset with good stereo sound, this is a great option.  You cant beat the price of under $50 for the X12, the 1500+ reviews with 4.5/5 stars says it all.

Made just for the PS4 for an affordable way to chat and communicate while playing. 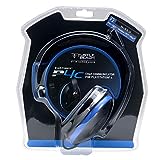 Astro gaming has taken the gaming headset industry within the last few years.  Releasing several low to high end products for console gamers.  The A10 headset is their starter product which you can get for the PS4, Xbox One or PC.  I personally have the A50 headset that comes with a docking station that charges your headphones and you can switch between PC and PS4 but at a price of $300!

One of the best selling gaming headsets out there.  This headset is very high quality and inexpensive compared to the other headsets that offer the same functionality.  The headset has memory foam to make it comfortable to wear for hours and hours on end.  The Wireless connector is USB compatible with the PS4 and the wireless range offers a great connection up to 40 feet away.

One of the newest additions to the Earforce lineup. A pricetag of about $150.00, superior quality to many other headsets and delivers crisp and clear sound. The PX4 is compatible with the PS4 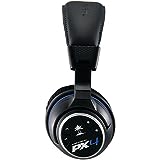 Turtlebeach has a great compatibility guide on their website for the PS4. Below is a picture of the Turtlebeach headsets that will work. If you have a preference for one of them. 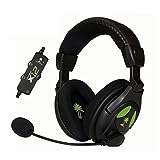 How to update PS4 Firmware on a new Hard Drive

Using a Vita With PlayStation 4: The wonders of Remote Play